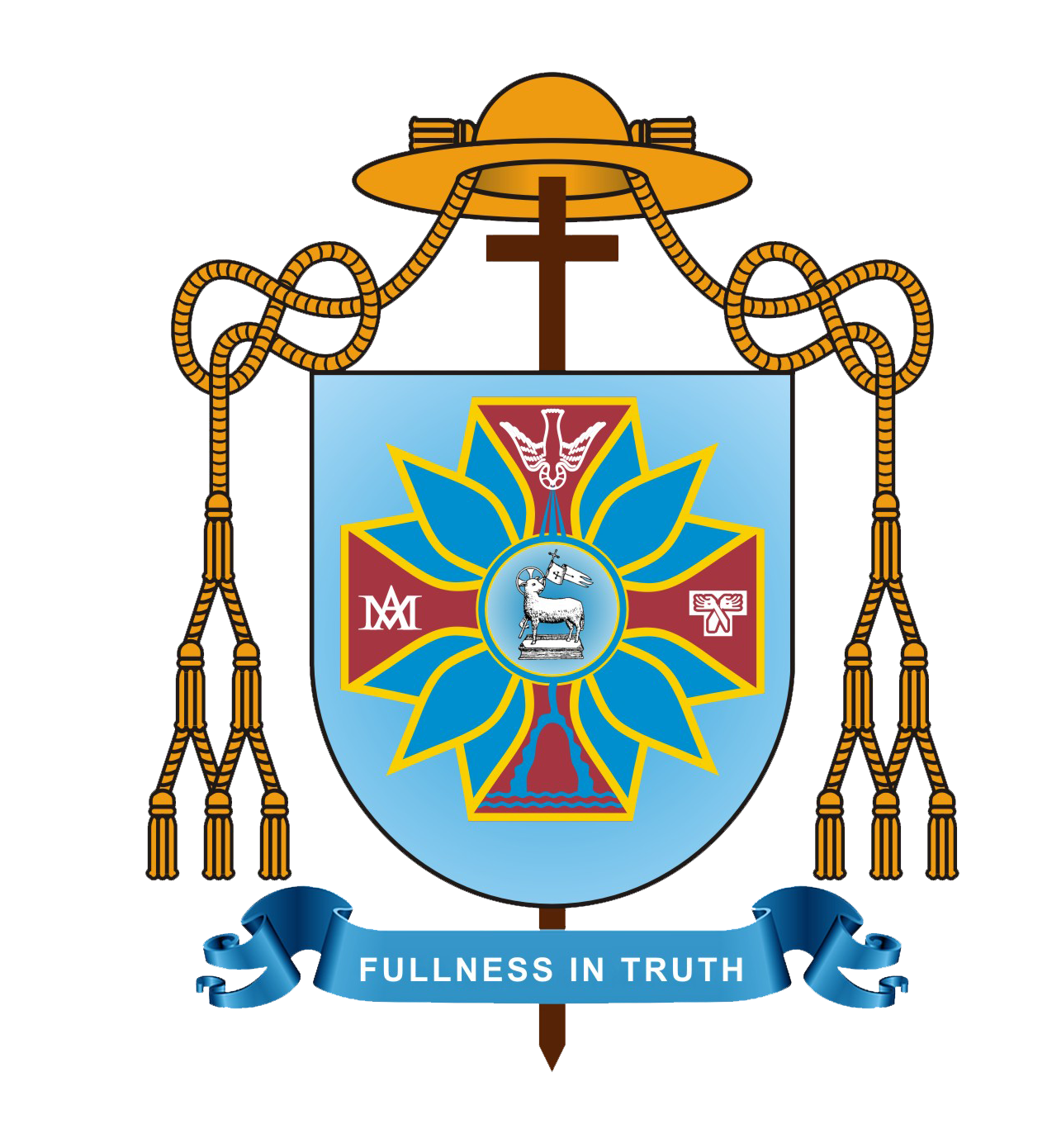 Welcome to Diocese of Varanasi
Though a small Diocese, Diocese of Varanasi is in a significant way a picture of Mother India. The very name of this Holy City conjures up the apex of the spirit’s endeavour in Hinduism. Sarnath reminds us of Dharma Chakra Pravartana of the Buddha. The two districts, in the west and to the east, Jaunpur and Ghazipur, evoke a pair of twin and refined kingdoms of the Muslim era. The history of the diocese remembers with gratefulness the outcome of the Capuchin missionary endeavour to Tibet in the 1700’s, as an epic in the history of the Church.

Following the suppression of the Jesuits, Rome added (1784) the Mission of North Western India to the Prefecture of Golconda, informally called Tibet Hindustan. The amalgamation put the Capuchins in charge of a territory extending from Sikkim to the Indus River and from Himalayas to the Narmada river, some three million square kilometers. The French Revolution and its 25 years of turmoil had dried up at its very source, the flow of men and means; from 1817 to 1822, only three hapless priests manned half the subcontinent. British India monopolized the missionaries as military and railway chaplains, leaving but few for the direct apostolate. The wonder is that work progressed well; in 1820 the Prefecture became a Vicariate Apostolic, with its See at Agra.

1845 marks the beginning of the long process of divisions and sub-divisions, which, out of the Tibet Hindustan immensity, was to carve not less than thirty ecclesiastical units of Northern India. In this year, Rome effected the first partition: Vicariate Apostolic of Agra and the Vicariate Apostolic of Patna. The titular of the latter, Bishop Hartmann, Ofm, Cap., a saintly person, revealed himself an exceptional prelate. On the establishment of the Hierarchy in India (1886), Patna Vicariate became Diocese, with its centre shifted to Allahabad. It is the latest dismemberment of Allahabad Diocese, which heralded the coming of the Varanasi Diocese.

On July 11, 1946 Rome separated from the jurisdiction of Allahabad its Eastern Districts and erected them into the Prefecture Apostolic of Gorakhpur entrusted to the French Canadian Capuchins. The Rt. Rev. Msgr. Jerome Malenfant, Ofm. Cap. assumed his duties as Prefect on August 6, 1947.

Actually, the work ‘ad paganos’ in this area had been launched by bold and zealous diocesan priests of Allahabad, the mother Church of this region, in the 1930’s. Fr. Pascal Sinha, from Azamgarh, opened a centre at Shahganj (1934); Fr. Francis Pillai, from Gorakhpur, initiated the centre of Rasra (1936); Fr. Charles Mascarenhas, from Ghazipur, started Hartmannpur Mission (1938).

Two Religious congregations supported and extended this missionary apostolate. The Franciscan Brothers of Mount-Poinsur were the pioneers in most of its stations. Such was their single mindedness that they had barred their members from the priesthood, with the specific purpose of keeping off the chaplaincies’ snare, in order to plunge soul and body into evangelization. The Sisters of the Queen of the Apostles specialised in a single idea: doing everything, anywhere, which can be called ‘missionary’. During 23 years of this stage, they remained the only Sisters in the villages, the main-stay of the feminine apostolate, the only queenly touch in an otherwise rugged life.

As for the Canadian Capuchins, once they joined the ministry, they set their hearts at deepening the furrows, intensifying the sowing, with signature all their own, a marked stress on adoption. Fr. Edmond, one of the rare Catholic doctors in Hindusthani Music, stands out as a typical illustration : his ‘summer school of Hindusthani Music’ prepared successfully clergy and laity from over 15 Indian dioceses, and some from Bangladesh and Sri Lanka, for the degrees of Prayag Sangeet Samiti. The Church of the North happened to be ready, at the close of Vatican Council, to apply the guidelines of inculturation, at once and without ado. Diocese of Varanasi

A few dates may complete this sketch. 1958 brought about a whiff of change: The Prefect took residence in this Holy City, and the Prefecture accordingly got its name changed into “Banares-Gorakhpur”. 1967 remains the year of the true relay. Five main stations passed into the hands of the diocesan clergy. Everything had been brought up to a logical readiness: the organizational development, 10,000 Catholics in 13 residential Stations, 20 diocesan priests already ordained. The dressers of the Lord’s vineyard felt possessed by a swelling expectation.

The final change of the pioneering Prefecture occurred in the middle of 1970: on June 5, Rome raised the Prefecture into a Diocese (Diocese of Varanasi), committed to the care of the diocesan clergy. As its first Bishop, Rome selected Fr. Patrick Paul D’Souza, a priest of the diocese of Ajmer-Jaipur and Deputy Secretary General of the C.B.C.I. As for the Prefect, he lived his ‘Nunc Dimittis’ in Varanasi, fondly watching the blossoming of the mustard seed he had sowed till the Lord enthroned him (1976) at His eternal Banquet.

The fullness of status of this local Church has brought in it a burst of life. The priests number 169, (119 diocesan, 50 religious) Religious Congregations are gone up to 30; (seven of men and twenty-three of women). The 13 parishes and mission stations with residential priests of 1970 have become 43 (41+2) in 2008.

In October 1984, three districts above the Ghagra i.e. Deoria, Gorakhpur and Basti were separated and erected into the Diocese of Gorakhpur.

The new Cathedral of Diocese of Varanasi was blessed on February 11, 1993.

‘Witness of Truth’ was Bishop Patrick’s coat of arms. Under the spiritual leadership of Bishop Patrick Paul D’Souza, the Diocese of Varanasi reflected an earnest effort to implement this programme, to show the ‘Way’ to share ‘Life’. His laborious thirty seven years witnessed many bold and dynamic initiatives in every area of the Church’s mission in Varanasi. He dedicated his entire self and quite true to the attribution ‘charismatic leader’, he led his flock from front until his resignation was accepted on Feb. 24, 2007 by Pope Benedict XVI.

Rev. Fr. Raphy Manjaly, the Administrator of the Archdiocese of Agra, was appointed by Rome to succeed Bishop Patrick Paul D’Souza and was ordained Bishop on April 30, 2007 in the premises of St. Mary’s School situated beside the Bishop’s House. The new Bishop took up the helm of the Diocese of Varanasi with the motto ‘Ish Jan Samavetarth’ – ‘To bring together the people of God’, bringing renewed inspiration to the mission of the diocese in the eternal city of Varanasi where millions of seekers of ‘Truth’ come in faith for a holy dip into the eternal stream of holiness.

Bishop Raphy Manjaly inherited the mantle of Bishop Patrick to lead the Church of Varanasi with the motto “Ish Jan Samavetarth”, “to bring together the people of God” an apt mission for the eternal city-“Varanasi”.

In the year 2013 Most Rev. Raphy Manjaly was transferred to the Diocese of Allahabad by Holy Father; and Fr. Eugene Joseph was elected as the Administrator of the Diocese of Varanasi. On May 30, 2015 the Holy Father appointed Fr. Eugene Joseph as Bishop of Varanasi to succeed Most Rev. Rev. Raphy Manjaly and was ordained Bishop on August 24, 2015.

The new Bishop took “Fullness in Truth” as his Coat of Arms which prompts us to dedicate ourselves fully to Christ the Lord by living in His Word’ (Jn.8:31). If we know Jesus the Truth, the true revelation of the Father, and live according to His teaching, then we will enjoy true freedom (Jn.8:32), fullness of life.

Under the maternal protection of Mary our Mother and inspired by the Spirit of our predecessors, the Church in Varanasi earnestly desires to serve the Lord in the Sacred land of river Ganges.

May the Spirit of Pentecost breathe His mighty wind through out this region situated at the very heart of Hinduism and of Indian Culture. May He light such a fire over it that its entire people may see the revealed fullness of the Reality! Patrons